Every disaster is different. Some disasters are abrupt, like an earthquake or fire, and some disasters provide advanced warming like a storm. Recovery efforts may last a few months or a few years, or even decades like in New Orleans following Hurricane Katrina. More than one disaster can happen at the same time, or a few can happen sequentially. Throughout the cycle, communities and households experience trauma, particularly when working with communities historically traumatized by violence, poverty, potential displacement, and environmental injustice (read more about Disasters and Trauma).

Disaster researchers and practitioners try to capture this dynamic by using the terms “disaster life cycle” or “disaster continuum,” meaning that disaster mitigation, preparedness, response, and recovery is a process that repeats, and communities are always in at least one part of the cycle.

The disaster life cycle is broken down by pre-and post-disaster and in four phases: 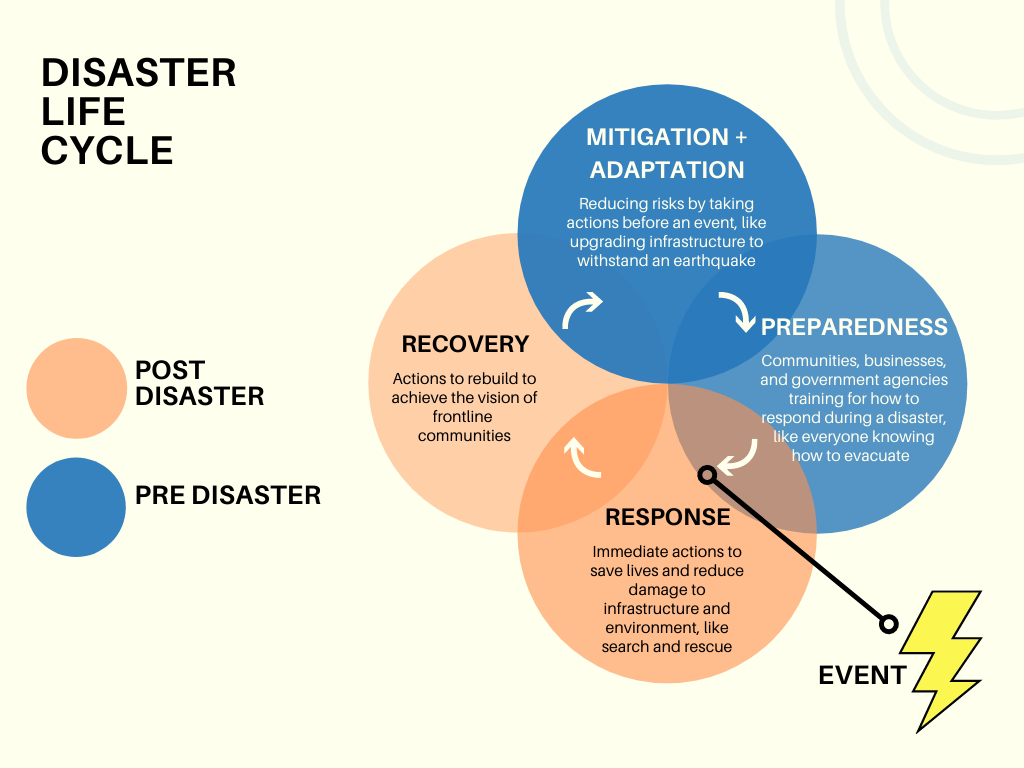 Historically, the “response” segment of the cycle receives the most funding and attention (from politicians, media, philanthropy, etc.). Yet, according to the National Institute of Building Science, each dollar spent on mitigation saves an average of six dollars on recovery. Because of the opportunity to generate savings and rebuild communities to adapt to future risks, it is crucial for elected officials, the media, and philanthropy to re-focus more on the mitigation and preparedness phases as well as long-term recovery.