Local governments, especially cities and counties, and Tribes, play crucial roles before, during, and after a disaster as they are the closest official entity to the ground. They are responsible for day-to-day efforts to prepare for, mitigate, respond to, and recover from disasters. The local government often manages localized emergencies such as building fire or rescue operations. However, it may turn to the State when the event becomes outside a local government's ability to handle alone.

Many offices inside local government play a role in local preparation, mitigation, response, and recovery. These offices typically include Planning, Public Works, Fire, Police, Public Safety or Emergency Services, and Housing and Community Development. To learn more about a specific local government’s work on emergencies and disasters, start with the local office of Public Safety, Department of Public Works, or Emergency Services. These agencies typically manage the majority of the disaster preparation and recovery work. Unfortunately, many local governments do not have the resources for sufficient full-time emergency management staff, limiting their capacity to do everything they want to serve their communities.

When the State is overwhelmed by a request for assistance, the State or Tribal Government contacts their Governor, who will contact the Federal Emergency Management Agency (FEMA) Regional Office and request a joint Federal, State, and Tribal Preliminary Damage Assessment (PDA). The PDA includes the following information:

After the assessment, the State and Tribal government decides if the damage is beyond their capacity to handle. If it is, they ask the governor to request a “Presidentially Declared Disaster.” If the President declares it a disaster, the State or Tribe’s primary role is to serve as the go-between Federal and local governments. If the President does not declare a disaster, it’s left up to the State, Tribal, and local governments to handle.

The Federal government steps in when the State’s resources are overwhelmed.

When the President declares there is a disaster, the Federal government can provide supplemental disaster assistance to the State. The Governor of the affected State or Tribal Chief Executive of the affected Tribe must submit the request to the President through the appropriate Regional Administrator within 30 days of the incident.

Disaster recovery is a long, difficult process. Federal assistance takes a long time to arrive, often leaving communities struggling to rebuild their lives in the interim. Philanthropy is quicker and more flexible than and can fill in gaps that the government doesn't cover. Historically, philanthropy has focused heavily on funding immediate disaster response, mostly giving money while the disaster is happening or shortly after to support immediate needs such as food and shelter. This type of assistance is needed, but communities also need support before a disaster to prepare themselves and for many years after a disaster to fully recover. Philanthropy increasingly recognizes the importance of funding pre-disaster or resilience-building support to help communities prepare for a crisis. This type of philanthropic support leads to stronger communities that can better withstand disasters.

Community-based organizations also play a crucial role in filling the needs that government misses. The Red Cross and The Salvation Army might immediately come to mind as non-profits helping communities after a disaster.  However, many smaller local organizations who do important work before a disaster then pivot to deliver essential services to communities during and after a disaster. These organizations include affordable housing providers, health and community service providers, faith networks, cultural associations, special interest groups, and small community-based mutual aid networks. Often, these organizations are not "disaster" organizations, but they are an essential part of a community and often urgently need more funding for their work.

In the U.S., individuals and households are often tasked to participate in managing disasters. Before a disaster, our disaster management system asks people to "prepare" and protect themselves, which can be challenging if not impossible for many frontline communities. For example, many households do not have the financial resources or space to stock up food or supplies.  Then, during disasters, neighbors often keep each other safe and able to withstand the event. It is more likely for someone to be rescued by their neighbor during a disaster than someone from the Fire Department. It's also common for mutual aid networks to emerge during and after a disaster. Mutual aid is when individuals come together to meet each other's needs, for example, dropping groceries off at a neighbor's house during COVID-19 because they are immunocompromised. There is also an entire industry of volunteerism that occurs during and after a disaster when thousands of people often show up to aid in the efforts alongside residents.  Finally, individuals and households are generally expected to manage their own personal disaster recovery by navigating complex bureaucratic systems and advocating for themselves to access aid. 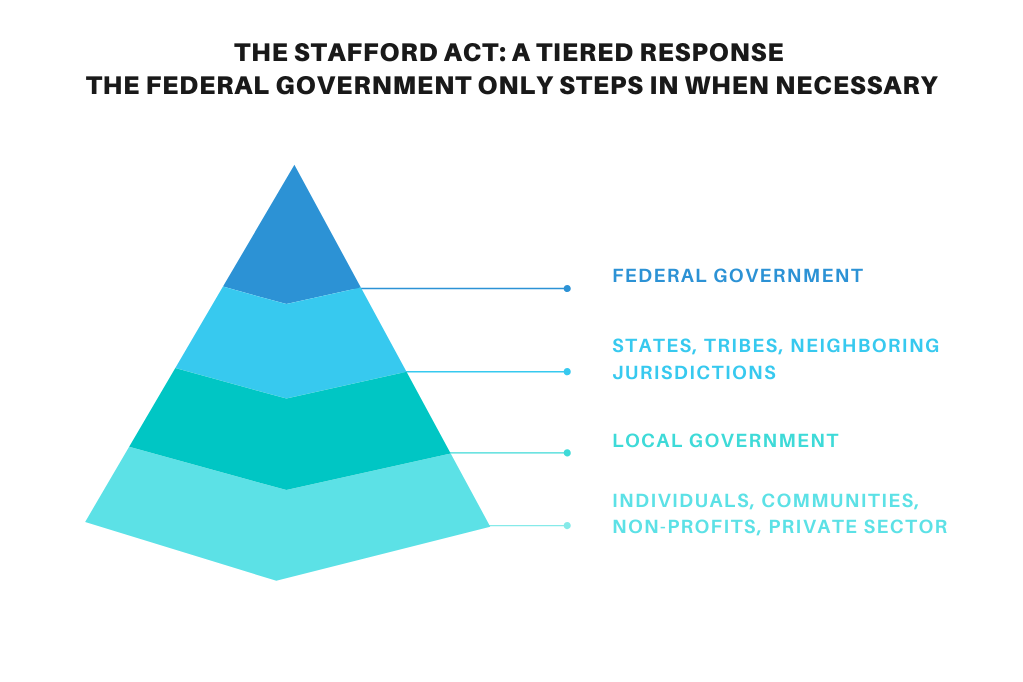 The Stafford Act and how we handle disasters 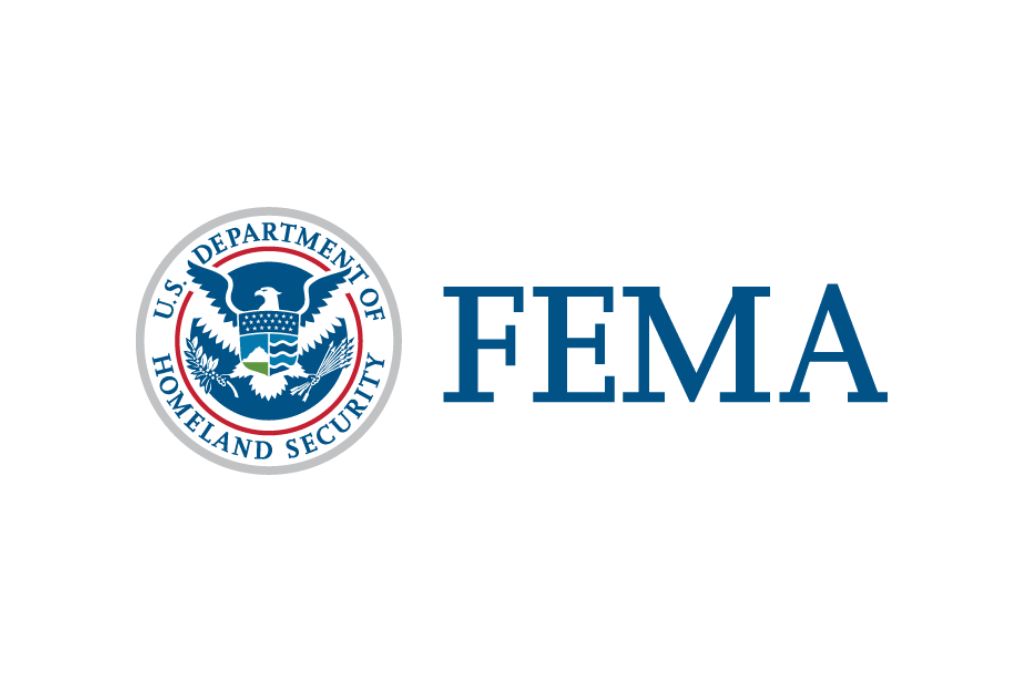 FEMA's role before a disaster